The relationship between high-heeled shoes and bunions 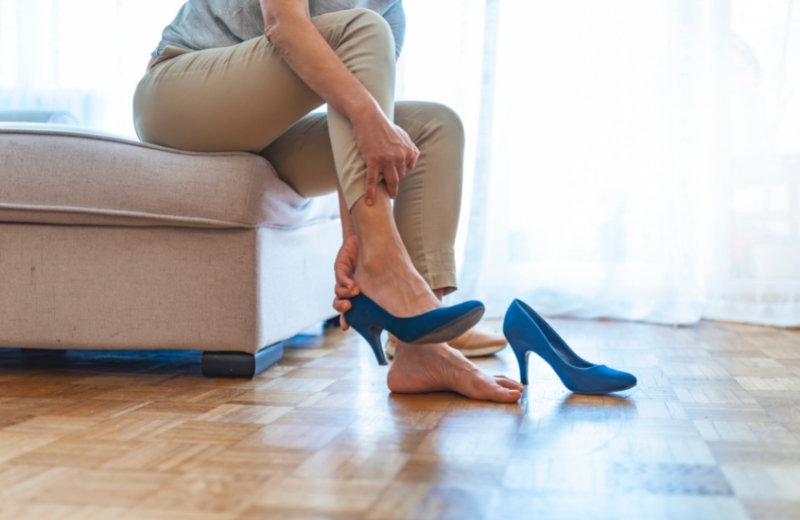 A hallux valgus is a chronic condition characterized by a deformity of the big toe (metatarsophalangeal joint). When someone experiences hallux valgus, the big toe (hallux) begins to bend towards the small toes, eventually causing a bump to rise on the side of the foot known as a bunion. As the condition progresses and the bunion grows, pain and discomfort are experienced by the patient, which can be further aggravated by improper shoe wear. Hallux valgus occurs far more frequently in females and its occurrence rates vary depending on age, with some studies reporting it exists in anywhere from 28-33% of the population. One study reported that 65% of women between 40-69 in rural Korea suffer from it.

The specific causes of a hallux valgus and the accompanying bunion are not fully defined, though some attribute obesity, osteoarthritis, age or sex to be responsible. Another possible cause is high-heel usage, since they put excessive force on the feet and ankles. To test this theory, a study was conducted that investigated how often hallux valgus occurs in Chinese women and the relationship to high-heeled shoes in.

Questionnaires requesting information about demographics, high-heel shoe habit, family history and foot-related pain were dispersed to multiple communities throughout Hong Kong. A total of 1,080 females between the ages of 18-65 responded, and 24 cases were dropped due to incomplete information, leaving a sample size of 1,056. Each respondent was asked to complete the questionnaire and rate her foot condition using a series of photos illustrating various stages of hallux valgus and the bunions that accompanied them. Data was then analyzed to determine what role high-heeled shoes, family history and other factors had on the occurrence of hallux valgus.

In regards to high-heeled shoes, 226 (21.4%) of subjects claimed that they wore them all the time, while 453 (42.9%) reported that they wore them sometimes, leaving 377 (35.7%) that never wore them. A total of 88.8% of subjects with hallux valgus reported that other members of their family also had the condition in some form. Based off that same figure, it was shown that 73.2% had a family history of hallux valgus but did not wear high heels. Furthermore, of those without a family history who often wore high heels, hallux valgus was only found in 2.8% of cases.

It was then deduced from the information noted above that subjects with a family history would be 26 times more likely than those without one who often wore high heels to develop hallux valgus.