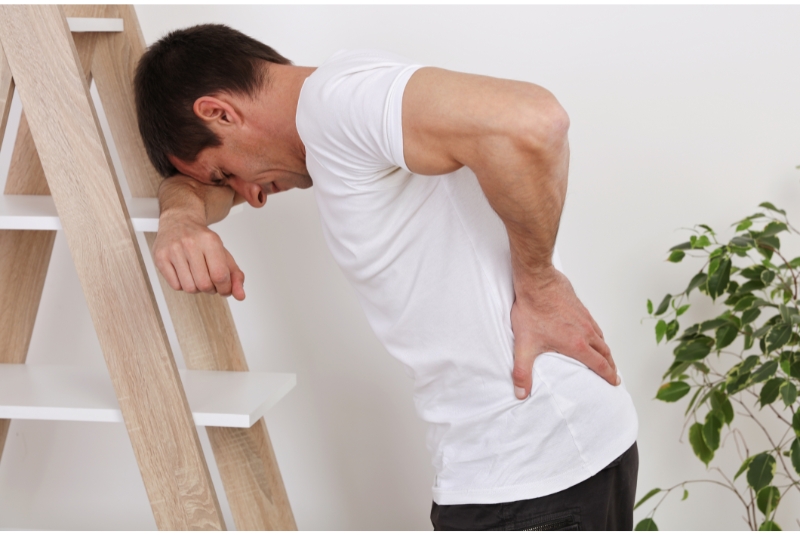 Two common conditions are even worse when combined

Low back pain (LBP) is a common condition affecting about 80% of people at some point, while roughly 35% of the adult population is currently obese. Some obese people also have LBP and may experience fear of movement as a result, making it even more difficult for them to improve. Body resistance exercises use an elastic device to tone muscles and have helped overweight older adults with LBP improve, but it’s not known which components of the exercise are best and if it’s also effective for obese patients. To examine this, a study was conducted on older obese adults to determine the effects of body resistance exercises on their pain, disability, fears and perceptions of moving.

Adults between 60-85 years old with LBP for at least six months and abdominal obesity were sought, and 49 responded and fit the criteria. They were then divided into the total body resistance exercise group (TOTRX), the lumbar extension resistance exercise group (LEXT) or the non-exercise control group, and each program lasted four months. The TOTRX group used elastic bands to complete 15 repetitions of various strengthening exercises for the entire body—including the lower back—in each session. The LEXT group also performed 15 repetitions of exercises with the bands, but focused only on the lower back. (The control group did not receive treatment but was told to exercise more.) All patients were assessed before and after the intervention with a number of tests and questionnaires.

Total body resistance exercises are more effective than lumbar only

After the four-month treatment programs, the TOTRX and LEXT groups experienced improvements in multiple areas when compared to the control group. However, patients in the TOTRX group had less disability, pain and pain catastrophizing (believing pain was worse than it actually was) than the LEXT group. These results suggest that not only can resistance exercises be effective for reducing pain and disability, but can also help psychologically by alleviating unrealistic fears. Therefore, a total resistance exercise program with a focus on the lower back may be helpful physically and psychologically for obese older adults with LBP.