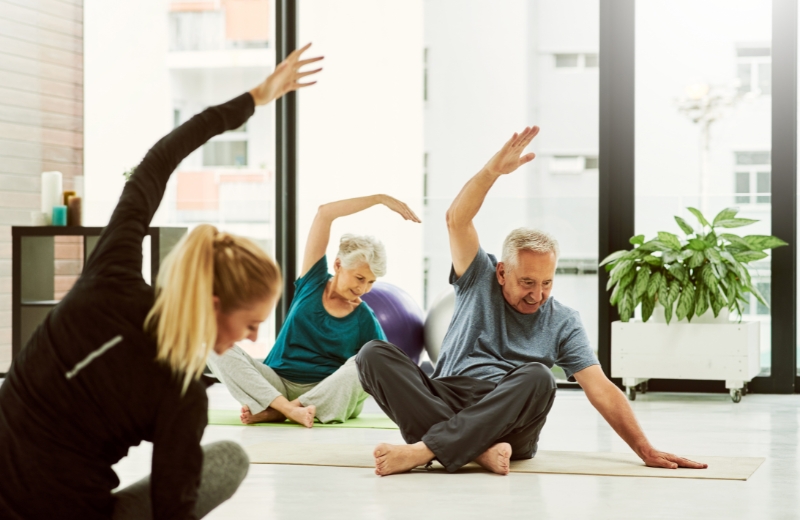 It’s a natural part of aging that all humans eventually have to deal with: Once the body reaches 65 years of age, and sometimes even beforehand, the physical repercussions of making it to that point really begin to show themselves. Muscles and joints often begin to ache, vision and hearing may start to decrease in sharpness, and a slew of other possible maladies may also present themselves. On top of potential physical disabilities, aging can also be associated with poor or weakening mental wellbeing, whether that be from issues with memory, anxiety or general functionality. Regular exercise is encouraged for the elderly population to stimulate cardiovascular health and for the plethora of other physical benefits it provides, but the perks don’t stop there. The mental health benefits of regular physical activity for people with conditions like depression and anxiety have also been well established, and adding exercise to a weekly regimen may also play a role in enhancing mental wellbeing throughout old age. To investigate this matter in greater detail, a systematic review (which pools and evaluates all available literature on a topic) was conducted to examine the effectiveness of exercise and physical activity on the mental wellbeing of people older than 65.

To find literature that was pertinent to the subject at hand, most of the major medical databases were searched for any studies that included exercise or physical activity intervention designed to improve mental health. A total of 36 studies were found to be initially eligible, but 23 of these were excluded on account of poor quality, leaving 13 studies to be used for data analysis. The exercise interventions included in the studies were community-based, designed for sedentary older participants, and facilitated by trained instructors. Of the interventions used, yoga, walking, tai chi, balance training and a combination of various exercises were the most common, and the frequency ranged from one 45-min. session per week to three one-hour sessions each week, all performed at a light or moderate level. For the review, mental wellbeing was defined as positive psychological functioning encompassing life satisfaction, happiness, resilience self-esteem, being in control and coping with life. Patients were assessed with a specific questionnaire, which measured self-esteem, happiness and quality of life to give detailed readings on overall wellbeing.

Results from the systematic review further supported the notion that physical activity can in fact improve mental health for elders in addition to physical health. One group of studies compared the effects of an intervention with a group of controls with no intervention, and data showed a statistically significant effect on mental wellbeing for the patients who underwent the intervention. To drive this point home even more, other studies also found a statistically significant effect on emotional health from exercise interventions specifically developed for frail older people living in the community, which focused on resistance, balance, endurance and flexibility. Finally, another study in frail older people found a greater effect on mental wellbeing of a combined training package of balance, strength, stretching and home training compared to home training alone, which highlights the need for a variation in intervention strategies.
Clearly, these findings point out a definitively beneficial role of exercise for improving the mental wellbeing of older people. The authors of the review go on to suggest a minimum of two, 45-min. sessions per week of light-to-moderate intensity exercise to be performed by elders to improve mental wellbeing. Adding such interventions as balance, strengthening and flexibility exercises to a routine may further enhance this benefit, and with these potential improvements, the elder population can go about their lives more easily, with fewer complications and a more positive outlook.