Myofascial Pain Syndrome as a Common Cause of Upper Back Issues 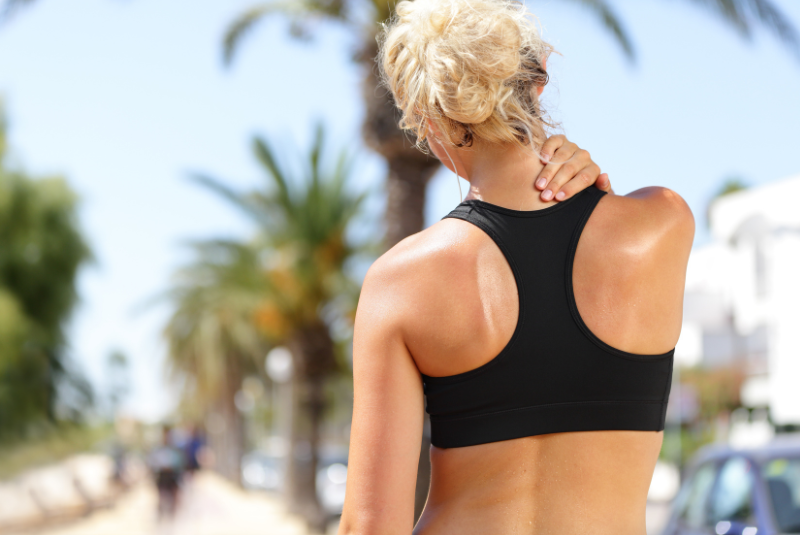 The spine is one of the biggest problem areas of the body. Pain occurs frequently from the lower back up through the upper spine, neck, and shoulders, often leading to some degree of impairment in the process. In the middle and upper regions of the spine, there are several issues that may be responsible for pain. A condition called myofascial pain syndrome is a common problem in these areas and the subject of this post.

Fascia is a thin, connective tissue that surrounds and connects every muscle in the body. The fasciae—plural of fascia—hold muscles together and allows them to stretch and contract against one another smoothly, without creating any friction that can damage the muscles. This explains the root word “fascia” in myofascial pain syndrome, whereas “myo” refers to muscles the muscles that these fasciae connect.

Myofascial pain involves triggers points, which are areas of tenderness and stiffness within muscles and fasciae that reduce range of motion. These trigger points are essentially muscle fibers that are stuck in contraction, which causes the muscle(s) to tighten and eventually prevents blood from flowing to the area. Trigger points feel like small bumps or knots when touched, and when enough of these occur in a certain area, the result is myofascial pain.

Below, we provide answers to some of the most commonly asked questions about myofascial pain syndrome to help you better understand what it is and how to identify it.

A: It is estimated that myofascial pain affects approximately 44 million Americans, and according to the Cleveland Clinic, about 85% of people will experience it at some point in their lifetime. Middle-aged women who are not physically active appear to have the highest risk for myofascial pain syndrome.

Q: What other terms are commonly used to describe this condition?

Q: What muscles are usually involved?

A: Myofascial pain syndrome can affect any muscle in the body, but it is most common in the muscles of the upper back, shoulders, and neck. Notable muscles in this region include the following:

A: Experts are still not entirely sure why myofascial pain syndrome occurs, but it’s believed that injury or trauma to the spine—from physical activity or repetitive muscle strain—likely plays a role in its development. Other possible causes include consistently using poor posture, which can strain muscles, as well as lack of muscle activity or muscle weakness, stress, working in cold environment, and a pinched nerve.

A: Although symptoms vary from person to person, pain is usually described as a deep aching, a throbbing sensation, or tightness and stiffness, which occurs either at the trigger point or in a nearby area (referred pain). Patients will also report the presence of trigger points that cause pain when touched—and sometimes without being touched—tender or sore muscles, and/or weakness, which can lead to reduced range of motion in the upper spine, shoulders, or neck.

Read our next post to learn more about how you can reduce your chances for developing myofascial pain syndrome by improving your posture.